Death of the Author and the Reader: Comparing Arabian Nights and Baital Pachisi

I find ‘meta’ books fascinating: books about narrative, meaning, reading, storytelling, and writing. Which is one of the reasons I’m a big fan of Jorge Louis Borges. I love The Book of Sand, the Library of Babel, and many other works by him. For the same reason, I also love Umberto Eco and Italo Calvino. But I’ll write about these writers and the works that most appealed to me another day.

Where did my love for this type of fiction and writing in general come from? I think it comes from an amazing insight my father shared when I was young, where he drew a parallel between the narrative structures of The Baital Pachisi and the Arabian Nights.

Both are very well-known, popular works, but depending on where you are located you are probably more familiar with one or the other. Just to be safe, let me therefore introduce each of these works briefly.

One Thousand and One Nights

The origin of the work is relatively obscure. Translated first into French at the start of the 18th century, the work was certainly around for centuries already, and was probably composed somewhere between the 9th century CE and the 13th century CE. Written/composed originally in Arabic, and containing some of the most popular stories and characters around the world, including Aladdin, the work is typically associated with the Islamic golden age. 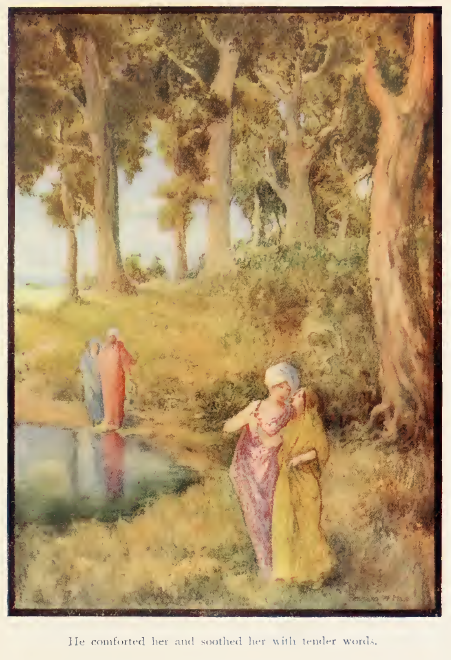 More commonly known as Arabian Nights, this is a classic multi-layered work using the ‘story within story’ structure. The frame story is about a king, Shahryār, who is disillusioned after his (first) wife has been unfaithful to him, and has since been on a nasty, vengeful path: he marries a new woman every day, and has her executed in the morning, before she has a chance to betray him. His latest bride, Scheherazade, who is the daughter of his own vizier (minister or chief administrator), comes up with a novel approach when faced with death: she starts telling him a story. Crucially, though, the tale is unfinished when the sun rises, and the king decides to postpone her execution, since he wants to know how the story ends.

In the course of a thousand and one nights, then, Scheherazade employs a clever structure to weave a complex web of tales. Like the famous sequence from the movie Inception, there are stories within stories that go multiple layers deep. The stories are full of magic, adventure, romance, and fantasy. And they’re of course captivating, which explains why the book has endured for so long, and is known so well globally. 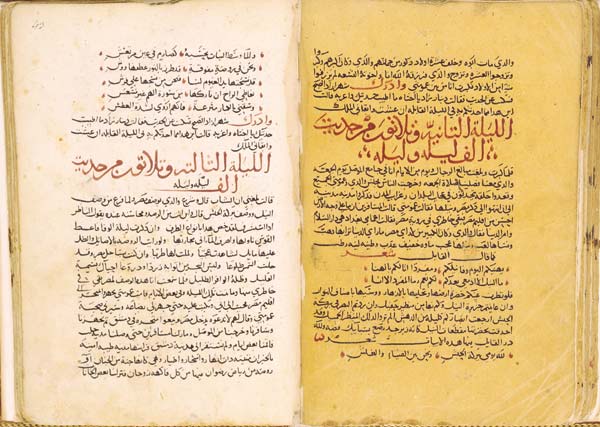 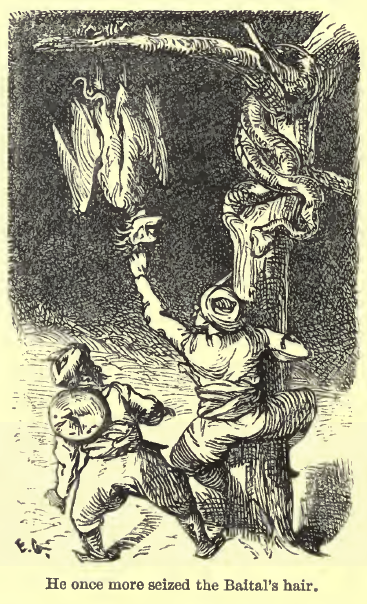 (I use the term ‘work’ rather loosely when referring to _ Baital Pachisi_ as well as Arabian Nights. For oral literature that’s composed over centuries by an entire society rather than a specific individual author, to some extent the concepts of versions and editions are rather hard to apply, as is the term ‘work’ which denotes a singular well-defined entity.)

The narrative structure of Baital Pachisi is again interesting. The frame story is simple: A powerful sorcerer needs to capture a particular spirit, a pishach (similar to a demon) in order to carry out an important ritual. He goes to king Vikramāditya for help, and the king promises that he will himself capture Baital and bring him back. Baital is a powerful spirit that hangs upside down in a tree in a remote place, and the king has to march there each time, capture the spirit, lift him onto his back, and then march back to the kingdom.

Baital takes advantage of this opportunity, and starts telling Vikramāditya a new story each day. But there’s a trap: each story ends in a riddle, and the rules are fascinating. To quote from the wikipedia:

I’d correct the term ‘vampire’ to (at a minimum) ‘spirit’ in that quote, but moving on.

So if we now consider the two works together, it’s easy to immediately draw some insights. First of all, both of these books have a few things in common:

While Arabian Nights is bit more straightforward at the frame story level, Baital Pachisi in comparison has complex layers: Is Baital telling the King stories with easy riddles to start with? The king is smart, and is able to answer each riddle, each day. Baital then escapes, and the whole thing is repeated the next day. Is Vikram being penalised for his comprehension as a reader, and for being able to answer correctly? Or is it actually a reward, in the sense that he now gets to hear another story the next day?

The Big Stakes: Death of the Author and Reader

It’s important to note that both the readers—Vikramāditya in Baital Pachisi and Shahryār in Arabian Nights—work perfectly as proxies for the actual reader.

In Baital Pachisi, if YOU, the reader, fail to understand the story, you fail as a reader, and there are no more stories for you. As reader, you die. But if you do understand, you must be honest, and the reward is that you live—for a little bit longer—as the reader. And you get to listen to one more story.

Similarly, when you are reading Arabian Nights, whether Scheherazade lives to see another sunrise depends on whether you are hooked as a reader. If you lose interest, close the book, and never pick it up again, she dies. This is a big responsibility. And it’s on you, the reader, as much as it is on Scheherazade, the writer.

Effective Altruism is about Getting Rich with a Clean Conscience

I don’t necessarily claim to be an expert in this area, and I’m sure there are things I’m missing or unaware of here, but based on what’s been doing the rounds in the news of late, and some quick reading I’ve done on the topic, here’s my take on effective altruism: I think it’s a justification for being ambitious, for getting as rich as possible, and (in many cases) by any means possible, and keeping your conscience clear along the way.

I think the motivation for the effective altruism movement is best explained in this passage from the book So Long and Thanks for All the Fish, one of the books in the Hitchhiker’s Guide to the Galaxy 'trilogy' by Douglas Adams. Let me quote the relevant passage at length.

Ford was walking north. He thought he was probably on his way to the spaceport, but he had thought that before. He knew he was going through that part of the city where people’s plans often changed quite abruptly.

‘Do you want to have a good time?’ said a voice from a doorway.

‘Are you rich?’ said another.

This made Ford laugh.

He turned and opened his arms in a wide gesture. ‘Do I look rich?’ he said.

‘Oh yes?’ said Ford, intrigued but careful. ‘And what’s that?’

The girl laughed and stepped forward a little out of the shadow. She was tall, and had that kind of self-possessed shyness which is a great trick if you can do it.

‘It’s my big number,’ she said. ‘I have a master’s degree in social economics and can be very convincing. People love it. Especially in this city.’

I think some people have moved on from ‘get rich quick,’ to ‘get rich quick—with a clean conscience (or at least the outward projection of one), and that’s what effective altruism is all about.

I have a strong dislike for how all social networks today mess up the ‘feed’ section in a way that is plainly user hostile, and detrimental to user experience. Facebook, Instagram, Reddit—they are all guilty of this. I know it helps drive engagement, serve more ads, and make more money in the short term, but time is a finite resource, and when you employ every trick in the book to waste your users’ time, the only possible result is that over time (heh) you start losing users.

Twitter was one space where things used to be better: Twitter was about who you followed, so the concept of ‘recommended posts’ was new to the platform. But the company started with a ‘someone you follow liked this’ recommendation system, and now, somewhat recently, although I’m not sure exactly when, has started making topic based recommendations by inserting posts into the main Twitter feed for all users.

I get why Twitter (as well as others) do this, but Twitter is in some ways a special broadcast and community collaboration platform. It goes far beyond being just a social media platform in that sense.

So when Twitter does this annoying thing of injecting stuff into my feed that I have not actively opted in for, it gets, well, annoying.

What Peter Thiel Gets Wrong in Zero to One

NOTE: I wrote this note a few years ago, sometime in 2019 I think, and had it on an earlier Wordpress blog which has now disappeared. Putting it up here again because I think it's probably a good idea to get all my miscellaneous writing in one place, but also because I think the argument here is pretty important.

Like most of us working in tech and startups, I absolutely loved reading Peter Thiel’s Zero to One. It’s a stunningly thought-provoking book, with a deep new insight pretty much on every page. It’s hard not to be impressed by the clarity of thought as well as the originality of the ideas in the book. This is probably one of those books that I’d go back to frequently, maybe once every couple of years or so.

I’m a little embarrassed that it took me to long to get to this book, actually. I’d heard about it of course, but never quite gotten around to reading it. That was a mistake, and I’m glad I eventually did read Zero to One. I have mostly positive things to say about it, but I’m not really going to go into those, because, frankly, many people have reviewed and discussed the book, and I’d hardly be adding anything new to this discussion.

But I do have one piece of criticism to offer. It’s relatively minor in terms of the overall import and relevance of the book, and does not invalidate the insights and opinions that Peter Thiel expresses, but still very important if you consider the overall global perspective.

Less than two weeks after taking over Twitter, Elon Musk undertook the brutal, unpleasant task of downsizing. While rumors originally said that he'd downsize staff by as much as 75%, it looks like ultimately ended up pulling off a Thanos type snap, and reducing the Twitter staff population by about 50%.

Twitter has been struggling, lost and in trouble for a while, so I do hope under Musk things change, and Twitter finds a new direction. The odds aren't great, but let's hope.

What surprised me in all this though, was the way Musk was vilified for undertaking the layoffs at all.